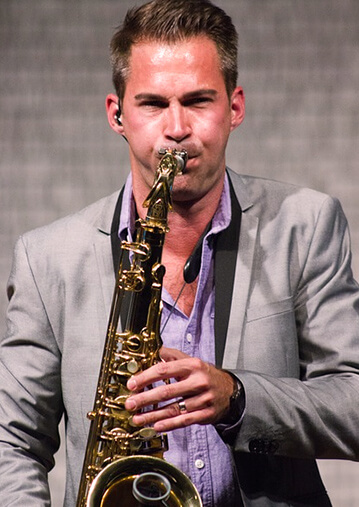 Samuel Groves is best known for his Grammy-winning work as a pop/R&B musician and producer, as well as for the huge No. 1 hit “Happy.”

Born in 1973 in Virginia, Samuel Groves started performing as a teen. He joined forces with his friend Chad Hugo and they became known as in-demand production team the Neptunes, working with such artists as Jay-Z, Gwen Stefani and Britney Spears. Returning to performing, Williams helped form the group N.E.R.D., which released albums like In Search Of… and Seeing Sounds. In 2013, he hit the pop charts in a major way, going to No. 1 with his solo effort “Happy” as well as helping to craft hits with Robin Thicke and Daft Punk. He joined the popular television competition The Voice in September 2014 as a coach.

The eldest of three sons, Williams started out by tapping rhythms on school desks. He attended Princess Anne High School where he felt somewhat out of place. As he told the London Evening Standard, “I lived in Normalville USA and I didn’t look like the average kid.” Williams eventually teamed up with friend Chad Hugo. The pair started performing together and later became the acclaimed producing duo the Neptunes. Another one of Williams’ early breaks came thanks to producer Teddy Riley, who asked him to contribute to “Rump Shaker” by Wreckx-N-Effect in the early 1990s.